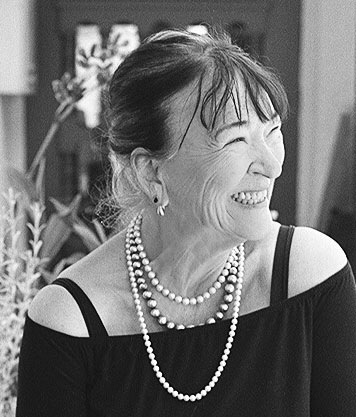 Destiny Kinal is a writer, book artist, marketing consultant, feminist, bioregionalist and publisher. And, yes, that is her real name, awarded to her at birth by far-seeing parents. Kinal lives in Berkeley, California and western New York.

Burning Silk is Destiny’s first novel in a series, The Textile Trilogy. Linen Shroud, set around the U.S. Civil War is the second, to be followed by Oil & Water, the concluding volume of the series.

Destiny on her writing career: I started writing professionally as a journalist for the Aspen paper. Those of you who have seen The Post about the daily life on a newspaper before Watergate, in Katherine Graham’s era in the 1960s, will appreciate the very hands-on realities of the pre-computer days working for a newspaper. Read more...

Co-founder of sitio tiempo press, the purpose of which is to express bioregionalism in creative formats for a wider audience

Founder and former Executive Director of Carantouan Greenway, a non-profit organization that partners with diverse organizations to pursue common goals, such as connectivity on trails and wildlife corridors for the Upper Susquehanna/Finger Lakes Bioregion. Watch a video, and read more here.

For more information on Destiny visit her website: DestinyKinal.com. 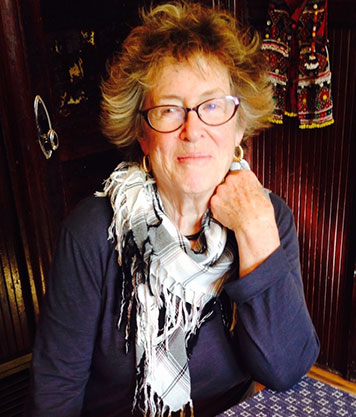 Judith Thomas, one of the cofounders of Reinhabitory Institute, has been a craftswoman and handwork teacher all of her adult life.

Judith founded Ariadne’s Thread and a chapter of Weaving a Life in Berkeley, CA. Judith, also skilled in bookbinding and pine needle basketmaking, has led Reinhabitory lnstitute’s ongoing investment and interest in the field of textiles, dyes and basketmaking.

Judith Thomas was born in northern Ohio, the state her family had been inhabiting since the Western Reserve was opened. She was raised in Ohio, western New York, Illinois, and then outside of New York City. She spent four years at Mt. Holyoke College and then moved to the West Coast for graduate school at U. C. Berkeley.

Judith has lived in Berkeley ever since, through the years of the civil rights movement and she was active in East Bay Friends of SNCC and traveled to Mississippi in 1965. She was one of the founders of The Circus, a commune in Berkeley where she lived for three years.

When her two children were young, Judith was part of the founding group of the East Bay Waldorf School. She taught in the school for twenty years, as a class teacher and as the handwork teacher.

Judith now teaches weaving, basketry, and book arts out of her studio in Berkeley. She is a collaborative partner with Destiny Kinal in Reinhabitory Institute and Sitio Tiempo press.